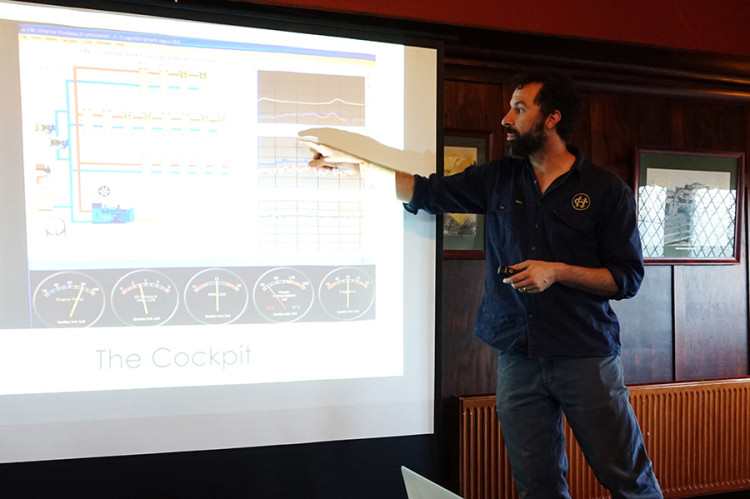 Blue Mountains business owners and leaders met on Wed 25 Nov 2015 to explore the challenges and opportunities of renewable energy.

Renew your Business’ host Michael Skeggs said “It is heartening in the week of the Paris Conference on Climate that Mountains businesses are showing leadership on this critical issue for our planet and our economy.

“In the Blue Mountains, there is the added imperative for us as an eco-tourism destination to produce a light carbon footprint.”

Mr Skeggs, who is chair of the Blue Mountains Renewable Energy Co-op (BMRenew), advised the gathering that solar was the most viable renewable energy source for the Mountains. He said that solar technologies have become more affordable.

“Most businesses recoup the cost of solar panels within four to five years. This is a very fast return on a capital investment.”

Tom Colless, proprietor of Colless Foods and former president of the National Food Distributors Association, said “Governments are not doing enough about climate change. They’ve got to get serious about it. I feel very strongly about doing all I can.”

Mr Colless said the solar panels on his premises provide the daytime power for his business, halving its carbon emissions and power bills. 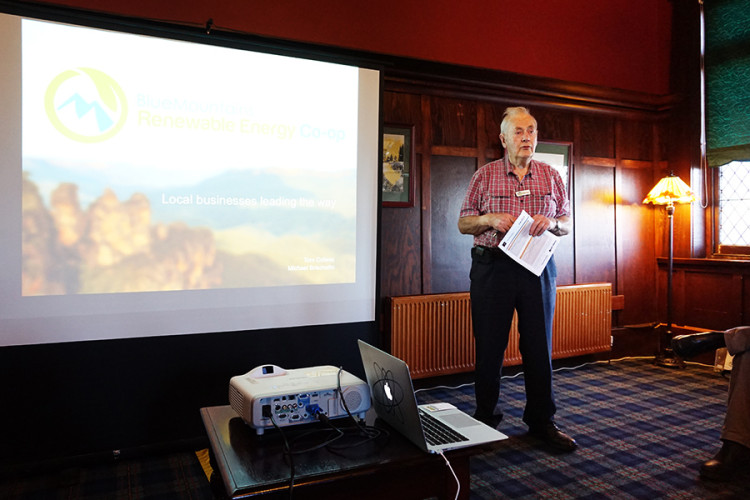 “It is not a renewable energy source, but CHP has reduced the hotel’s carbon emissions by 67 per cent. Our power bills have been halved.”

Mr Skeggs said BMRenew is also keen to come up with new solutions for business owners who don’t have the capital to install their own energy facilities or don’t own their premises. Commercial leases are often too short for business tenants to recoup the costs of solar panels, even if landlords are amenable.

Robert Stock, Chair of Bendigo Bank, said that, “It is a matter of developing a contractual model between landlords and tenants that benefits both parties.” Mr Stock said that the bank would now look very seriously at installing solar panels on its rented premises.

Xavier Mayes, a BMRenew Director, spoke about community-owned energy projects. Mr Mayes said, “In Shoalhaven, the solar panels installed on the roof of the bowling club are owned by local investors and leased to the club. The club saved $4000 on its energy costs in the first month of solar, with returns to investors between 7 and 8 per cent each year.”

Mr Mayes said that BMRenew would like to explore this model with a local business, organising local investors to pay for a solar system on the business premises and providing solar electricity at a lower cost than their current retail contract while also providing a return to investors.

‘Renew your Business’ was hosted by BMRenew and sponsored by the Carrington Hotel.